Being a Neighbourhood Youth Worker 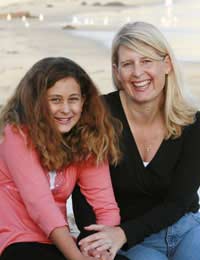 A Neighbourhood Youth Worker is an individual who will usually carry out volunteer work within their area to help those children who are in the process of changing from primary to secondary school or to provide assistance to those children – or teenagers – who are in need of moral guidance from a source other than their parents.

A Neighbourhood Youth Worker is seen as the first point of contact between the law enforcement community and the teenage community – acting as a mediator in situations where perhaps tensions are running high. They also spend a great deal of their time dealing with the day to day running of youth clubs and community groups which are designed to promote positive interaction between younger children and teenagers and also between teenagers and adults.

In some areas Neighbourhood Youth Workers work in conjunction with Local Education Authorities (LEAs) in an attempt to reduce truancy. They may well be called upon to represent underprivileged or socially disadvantaged children when it comes to dealing with the authorities.

Youth workers also work with teenage mothers. Issues of housing and childcare are a priority concern for young and single mothers so a Neighbourhood Youth Worker may well be called upon to act as a representative.

Why Become a Neighbourhood Youth Worker?

The role of Neighbourhood Youth Worker is normally voluntary sometimes local education authorities and councils combine to employ such an individual on a paid basis.

As well as acting for children and parents in situations where poverty and crime are key factors, Neighbourhood Youth Workers are also an invaluable source of help and advice for teenagers who find themselves perhaps involved in the ever growing trend of gang culture. These individuals – who give freely of their time – do so with the hope that their efforts may help someone find their way out of a potential life threatening situation as is often the case with gang mentality.

Neighbourhood Youth Workers now work in conjunction with local church and community groups to provide the local children and teenagers with a stepping stone that bridges the gap between an individual’s teenage years and adulthood.

Many Neighbourhood Youth Workers provide help and support for those late teens looking for work and can help them with the preparation of CVs and job applications in a friendly and conducive environment. The best qualifications that a Neighbourhood Youth Worker can have are an understanding of their surrounding area and the people living there and also the ability to listen and be constructive.

Franchise Opportunities for Working With Kids

Working as a Learning Support Assistant

Earning Respect From Children
Share Your Story, Join the Discussion or Seek Advice..
I would like to know how to become a youth worker please. I live in Northampton. I'd like to organise a youth club where I live. The problem is I don't know how to do this. Any advice would be good please. Thank you Naomi
naomi - 17-Nov-17 @ 4:08 PM
Hi, i am looking at going into youth work as i have just finished university. I am looking for some advice of where and what to do? i am looking for a youth worker job in the cornwall area more Truro way as i would like to eventually become a probation officer. Many thanks
emma - 28-Jul-16 @ 9:15 PM
Title:
(never shown)
Firstname:
(never shown)
Surname:
(never shown)
Email:
(never shown)
Nickname:
(shown)
Comment:
Validate: